Indian Regional Navigation satellite System (IRNSS) is an independent regional navigation satellite system developed by India. It is designed to provide accurate position information service to users in India as well as the region extending up to 1500 km from its boundary, which is its primary service area.

The constellation of 7 satellite is operational from April 2016. IRNSS will provide a position accuracy of better than 20 m. 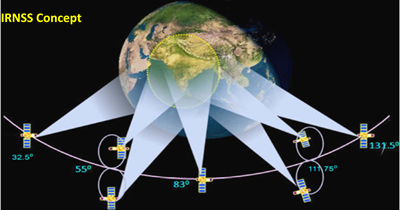 IRNSS User receivers being developed by SAC will provide timing and position information using signals broadcast by IRNSS Satellites and will form the basis for variety of IRNSS applications including civil aviation applications. 
Some applications of IRNSS/NAVIC are:

GPS Aided Geo Augmented Navigation (GAGAN) is a Satellite Based Augmentation System (SBAS) implemented jointly with Airport Authority of India (AAI). The main objectives of GAGAN are to provide Satellite-based Navigation services with accuracy and integrity required for civil aviation applications and to provide better Air Traffic Management over Indian Airspace. The system will be interoperable with other international SBAS systems and provide seamless navigation across regional boundaries. The first GAGAN navigation payload was flown on GSAT-8 which was launched on May 21, 2011 and the second on GSAT-10 launched on Sep 29, 2012.

In addition to aviation sector, GAGAN is expected to bring benefits to other sectors like: Download Brochures
Projects and Activities